Welcome to the  Ivanhoe Cafe,  home of the
World Famous Polish Yacht Club

The Ivanhoe Cafe, Detroit, is home to the world famous Polish Yacht Club,
Just outside the border of beautiful Hamtramck, Michigan! A great place to meet for lunch, dinner or drinks. 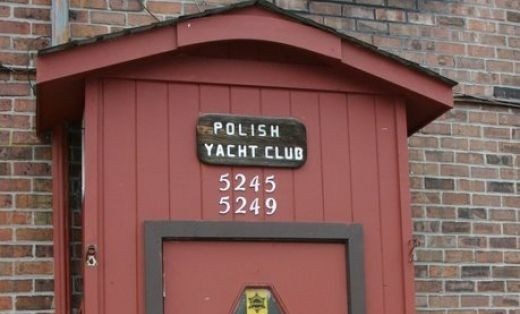 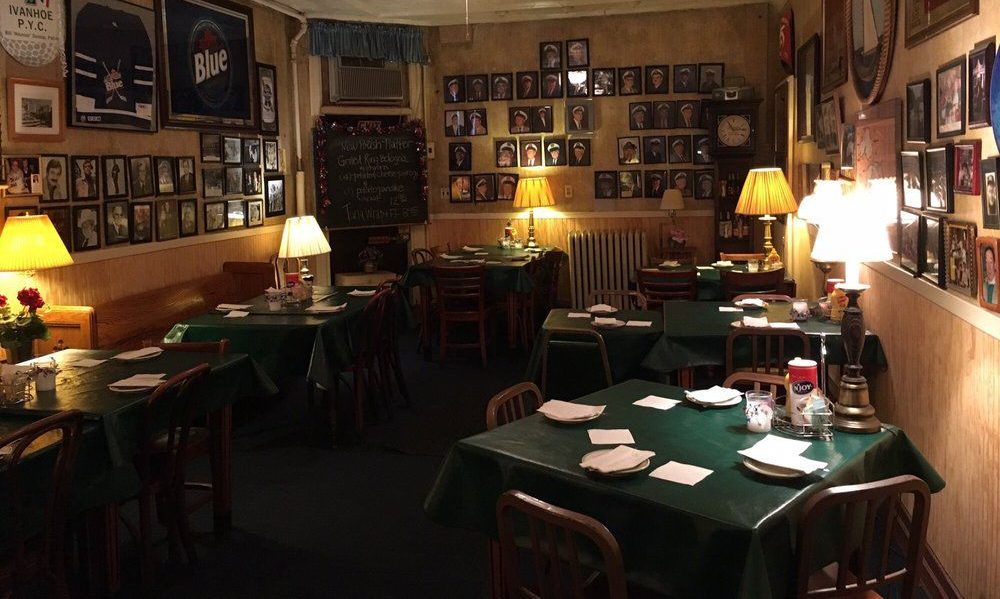 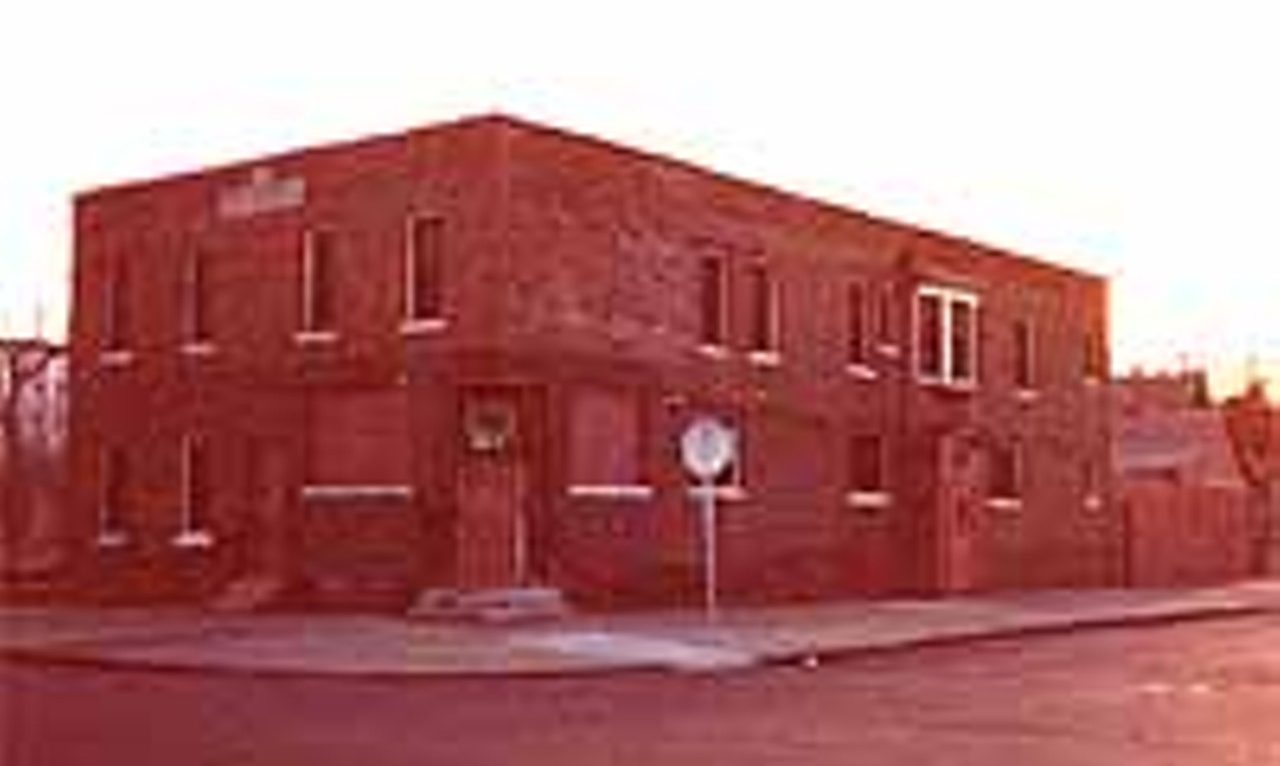 In 1909 the Ivanhoe Café opened its doors as a bar, gas station, and a small shoe store. By all rights the bar must have been the best of all three. In the 1930’s the family decided to add on a large kitchen to expand the business from a bar to a restaurant. Because we are all so young here we can only say that this was a blind pig during prohibition. Unfortunately we have no fun or juicy details except that we have (don’t tell anyone) a secret room in the basement. Once Stanley and Agnes Sienkiewicz started serving food they hired more help. They hired John Sobczak “Big John” (good thing for me – my Dad) around 1945 after his tour with the Night Fighters during WWII. Agnes and Stanley truly refined their art and came up with “the best thing I ever ate” the pan-fried Perch and Walleye. Big John also was refining his art – bartending. John was a true professional – mixing drinks, managing crowds (remember “Did you call??), and always making time for a smile, a joke, or a kind word. Business prospered and as time went on people drove from every inch of the metropolitan area to visit us for fish or just to be a part of our ever expanding family. In 1962 one of our friends went home after spending the day with us and his wife asked “where have you been? And don’t say the Polish Yacht Club. Thus started the Polish Yacht Club. The members still meet every month, and raise monies for charities (Capuchins, Goodfellows of Detroit, St. Hyacinth, Lakeshore K of C Tootsie Roll drive, Juvenile Diabetes). In 1980 Stanley passed away. In 1991 Agnes passed away and in 1994 “Big John” passed away. His wife Lucille (Stanley and Agnes’ daughter) owned the Ivanhoe and her daughter, Patti Galen and adopted daughter Tina Maks, manage the Ivanhoe. We still live by the truth that “this is a family business and we treat our customers like family. When you have something that works and is good – why mess with it?”

**Just a footnote – the Grendzinski family originated the Ivanhoe (Agnes’ Parents) they died very young. Agnes raised the family and did all the work to make the restaurant successful. Unfortunately, that was many, many years ago and I do not know a lot about my great-grandparents.

Our lives change every day – and our story continues. On December 1, 2011 Lucille Sobczak, owner of the Ivanhoe Café, passed away. It was a total shock to all of us, but we all pulled together to keep the place going. Patti and Bill Galen started their ownership journey on December 2, 2011. In February 2012, Bill retired from his tour of duty with the Detroit Police Department after 26 years. Now Bill and Patti both run the Ivanhoe Café with the help of their sister by another mother, Tina. It is their labor of love. As we are all family here at the Club, all of our employees are family. On April 10, 2016 we lost our awesome kitchen manager, Diane Palmer, to cancer. We truly never realized how important one person was to us and we think of Diane every day.

We continue to believe in the power of prayer, the strength of love, and the idea that our customers are our extended family. We remain dedicated to friendly service, great food and awesome cocktails.

Here is to continued success…..and many more history making memories.

Corner of Frederick about 6 blocks south of I-94 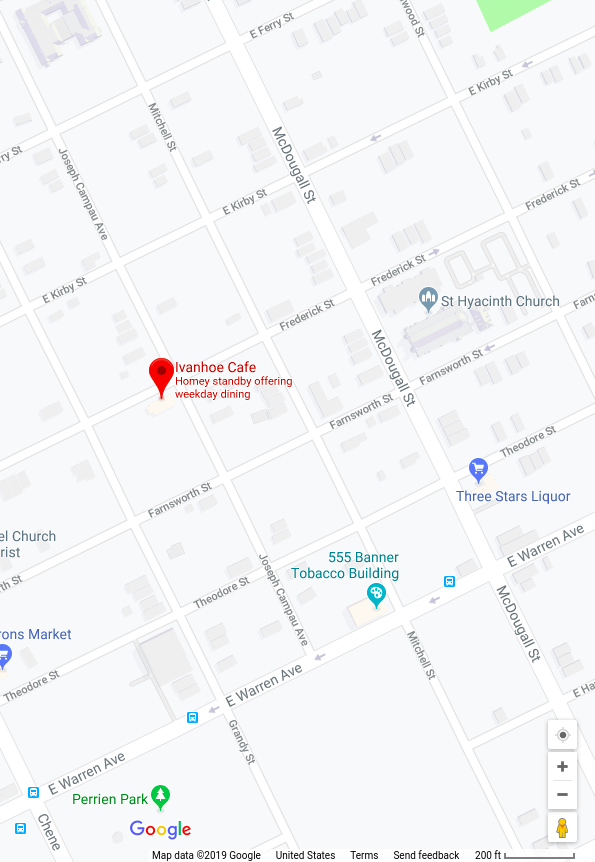 PYC in the News

Before downtown and Midtown gave birth to a cluster of new restaurants and bars, some of Detroit’s best destinations were hidden gems off the beaten path.

After more than a century, the Polish Yacht Club, aka The Ivanhoe, is still one of those gems. Drive past empty fields and worn homes on a residential stretch of Joseph Campau in Detroit, about six blocks south of I-94, and you’ll stumble upon the restaurant-bar housed in a big red-brick structure with a flat roof — almost like a little home on the prairie. Despite its name, it’s landlocked, with no yachts to be seen.Before downtown and Midtown gave birth to a cluster of new restaurants and bars, some of Detroit’s best destinations were hidden gems off the beaten path.

After more than a century, the Polish Yacht Club, aka The Ivanhoe, is still one of those gems … 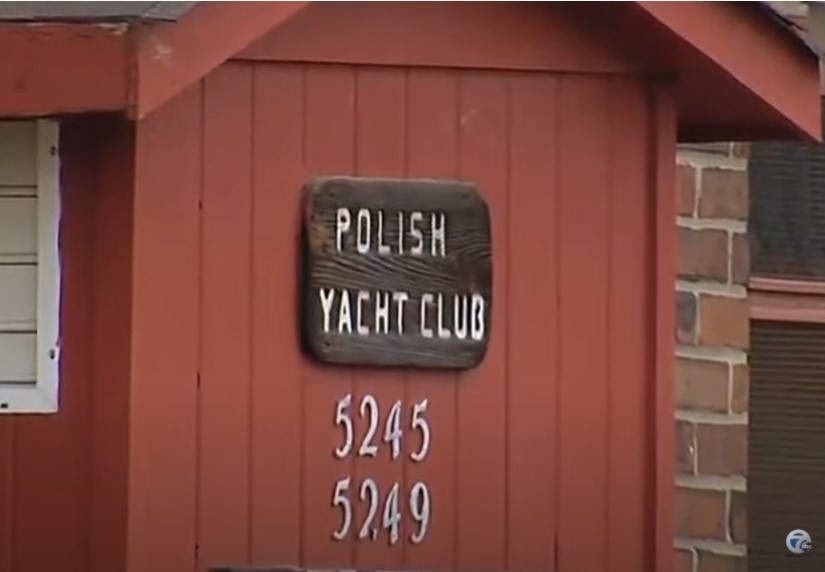 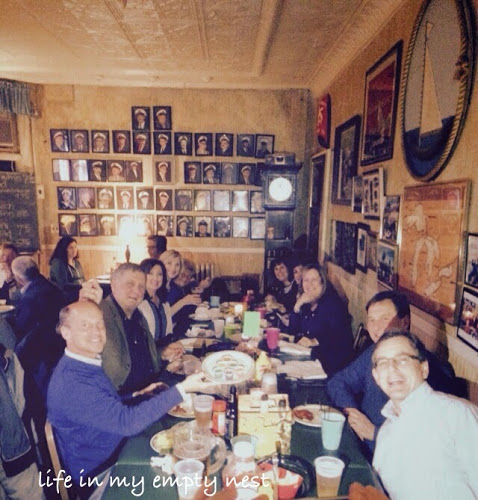 Life In My Empty Nest 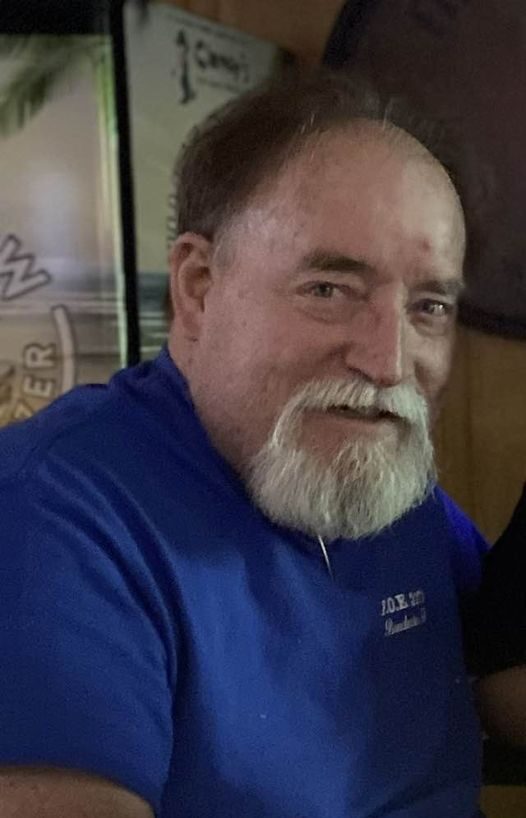 The restaurant will be open this Tuesday Dec 20th through Friday, Dec 23rd.

Then closed until January 10th.   Please check back for further updated hours.